Cracking Down on Skipping Class 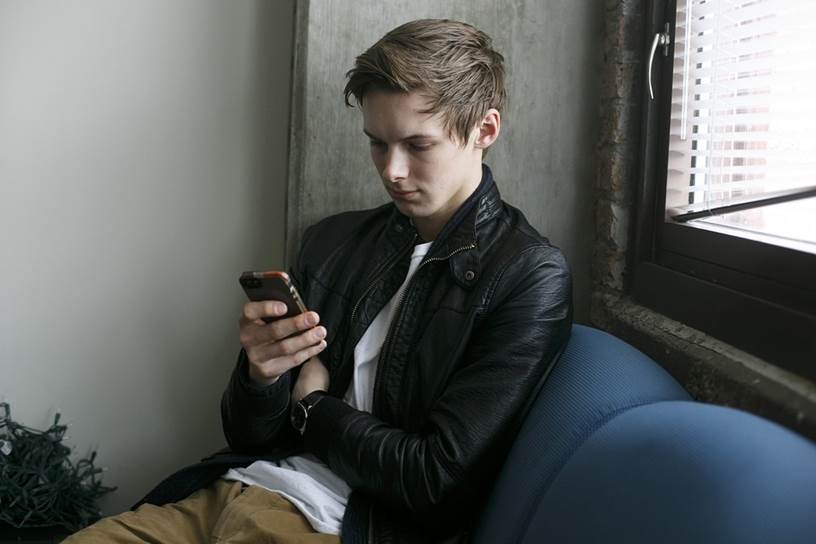 Skipping class undetected for a game of ultimate Frisbee might become a thing of the past as more universities adopt mandatory-attendance policies and acquire high-tech trackers that snitch when students skip.
At Villanova University, student ID cards track attendance at some lectures. Administrators at University of Arkansas last semester began electronically monitoring the class attendance of 750 freshmen as part of a pilot program they might extend to all underclassman. And at Harvard, researchers secretly filmed classrooms to learn how many students were skipping lectures.
The moves reflect the rising financial consequence of skipping too many classes and, consequently, dropping out. More than four in 10 full-time college students fail to graduate in six years. Many are stuck with crippling student debt and no credentials to help them pay it back. Graduation rates also figure into closely watched school rankings.
In response, schools are under pressure from taxpayers and parents to increase retention and graduation rates, said Mike Reilly, executive director of the American Association of Collegiate Registrars and Admissions Officers. Schoolwide policies on attendance are fairly rare but growing, Mr. Reilly said.
Many colleges are using “retention alert systems” that monitor behaviors that can lead to dropping out—including playing hooky. “There’s just so much more at stake now than there was 20 years ago and parents want to protect their investment; they want to make sure their kids are in class,” said Rosalind Alderman, who leads the retention effort at St. Mary’s University in San Antonio. 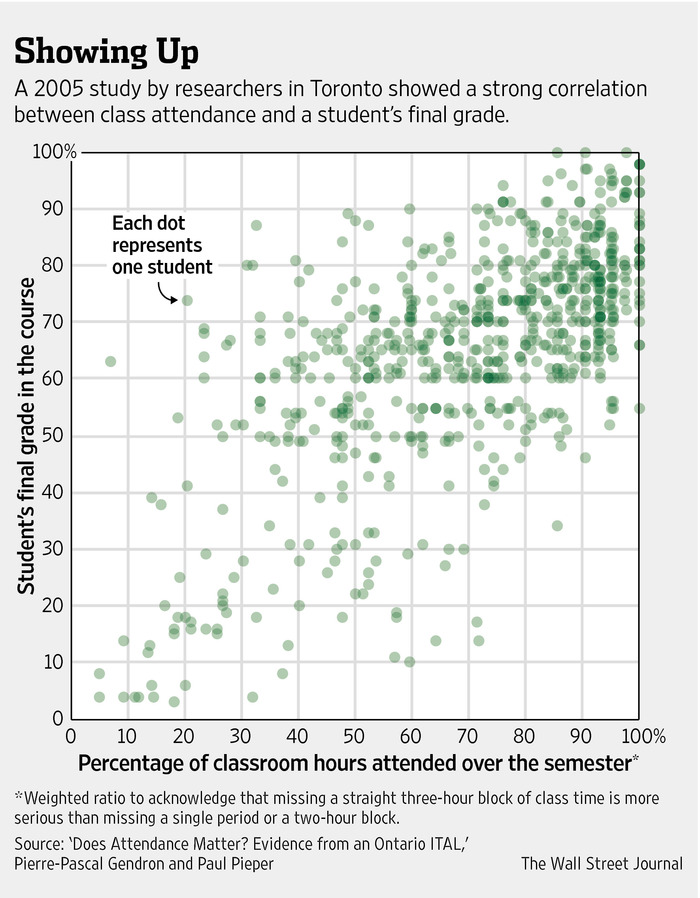 If professors report a student is skipping class at St. Mary’s the student’s “risk level” elevates from green to yellow to red in the school’s monitoring system.
The latest entrant into the market of tracking student’s whereabouts: Class120, a $199-a-year notification service that tracks a student through the GPS in their smartphone and alerts their parents (or another third party) in real time if their child isn’t within a geofence mapped around the classroom where they are scheduled to be.
“For most students, if they miss too many classes, there is no safety net,” said Jeff Whorley, whose company, Core Principle, has mapped about 2,000 college campuses to create the system. “Just three days of missed classes can completely unravel a semester.”
The app’s reminder was jarring for Caleb Hiltunen, a sophomore at Columbia College in Chicago who was a beta tester for Class120. One morning last semester he was sick in bed when the app pinged to alert him he missed class—a notification that would go to a student’s parents once the app is live.
“I think it’s good stuff,” Mr. Hiltunen said. “I had a roommate freshman year kicked out of college for not attending enough classes. This kid was smart but he was lazy and had no motivation. I think something like this could have helped him.”
Attendance is the best known predictor of college grades, even more so than scores on standardized admissions tests, said Marcus Crede, a professor of psychology at Iowa State University who studies the subject. The correlation is particularly high in science, engineering and math. And grades, in turn, seem linked to graduation rates, he said.
Mandatory attendance has long been a staple in high schools. At community colleges, such as Stark State in Ohio, financial aid is tied to attendance, a policy that dates back decades. At some Christian schools, such as Abilene Christian University in Texas, chapel attendance has been tracked with assigned seats since the 1980s. 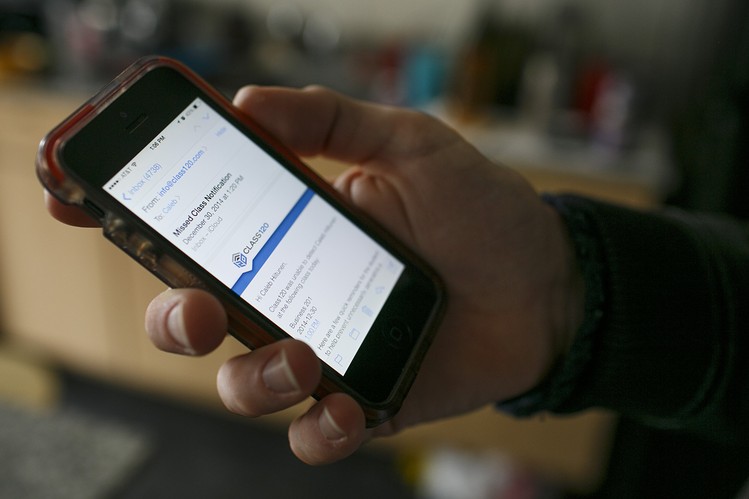 The Class120 phone app can alert parents when a student skips class by monitoring the phone’s location. Taylor Glascock for The Wall Street Journal
At most four-year colleges, attendance policy has been left to the professors’ discretion. Until recently, taking roll was especially tough in large lecture halls. But new technologies using chips in student IDs and interactive software that allows students to engage with professors through their laptops make the job easier.
At Villanova, student monitoring of some form has been in place in some form since 2007.
As online interactions have grown, schools have realized they have a trove of new data to look at, such as how much a student is accessing the syllabus, taking part in online discussions with classmates and reading assigned material. Such technology “shows faculty exactly where students are interacting outside as well inside the classroom,” said Stephen Fugale, Villanova’s chief information officer.
Not all such technology is foolproof. Dartmouth College accused 64 students of cheating in a sports-ethics class last semester when students used a clicker—individually linked to each student—for classmates who were absent.
At Harvard, Vice Provost Peter Bol said the lecture halls were filmed without student consent to gauge attendance without skewing the results by making students aware they were being measured. Many on campus were angered when the results were made public in November, but the test provided some insight into class attendance.
Among 10 lectures monitored, attendance averaged 60%, declining from 79% as the semester began to 43% as it ended. Attendance also fell more than 10 percentage points over an average week. Courses that incorporated attendance into the final grade averaged 87%, compared with 49% for those that didn’t.
University of Arkansas began experimenting with mandatory attendance as a way to boost its 62% six-year graduation rate, said Provost Sharon Gaber. “We talk about helicopter parents,” she said. “Well, some of these kids haven’t learned how to get out of bed on their own yet.”
Write to Douglas Belkin at doug.belkin@wsj.com
Corrections & Amplifications
An earlier version of this article incorrectly referred to St. Mary’s University as St. Marty’s. (Jan. 14, 2015)